James Cole first developed a love for construction and building as a child, helping his grandfather with fences and barns at the farm where his mother grew up in Burgettstown, PA.

Even, as a child he realized that home building

was the one career that he felt

passionate about. Jimmy has

never regretted his decision and

has never lost a passion for

imagine a more rewarding job or

a better location to work in than

was born in Gordonsville Virginia

and lived in the area his entire

life. He has a sincere appreciation for the continually growing and changing area of Northern Virginia. He has worked in self-employed construction activities since 1974, obtaining a Virginia Class A Builder’s license in 1981 and becoming a Pella Certified Contractor in 1986.

The most rewarding part of his job is being able to start with nothing more than a client's dream and see it fulfilled in the form of a beautiful home that will become such an important part of their lives over a long period of time. One of the most important aspects of that is listening to his clients' dreams and objectives so that their vision becomes his vision on each and every home.

His primary contribution to the Stolze-Cole team is establishing and maintaining values the B.C. Stolze and James C. Cole collaboration brings to home building and remodeling. He supports and guides a team of talented individuals who are collectively responsible for delivering the home and the overall experience to our clients. 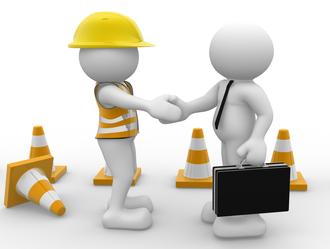 Raised in Northern Virginia, Buddy Stolze has a deep appreciation for the homeowners he works with. His personable demeanor establishes a confident, professional relationship with clients and a neighborly standard of communication. When building a home or renovation
for a family, Buddy still enjoys
being hands-on, using his
natural God-given creativity for
hand drawn designs and his
architectural knowledge to
achieve a client's goals. While
most of his projects are mainly
in the Northern Virginia area,
he has proudly served
customers throughout the DMV
since 1980. And his many years in the business have garnished him several awards.

1987: 1987: Mr. Stolze’s first time for incorporation, BHA Builders & Developers, Inc., and, in this same year, he purchased a three-story building – which included a complete showroom and 35 employees.   BHA Builders & Developers, Inc. is a holding company for: Buddy’s Homes & Additions, BHA Electrical, and BHA Builders, Inc.
1990-2000:  Mr. Stolze has won many building and architectural awards through the years for his design and build talents and these are just a few of them:
1990: Mr. Stolze employed 120 persons and he won the #1 Employer of the Year for Air National Guard Reserves and this plaque was awarded to him by the then Vice President of the United States, J. Danforth Quayle.
1990: Mr. Stolze won the Golden Award of Excellence for his company, BH&A.  This award was presented to him by James A. Cassidy, the APC for Pella Windows and Doors.  This award is given once a year to one professional who has been chosen from the thousands of their existing clients
1991:  Mr. Stolze won the Alexandria Building Association’s Award of Excellence for his role in design and construction of the buildings at 908, 910 and 912 Queen Street in Old Town, Alexandria, VA.
1994: Code Plus is a registered Trade Mark of APA and they named Mr. Stolze as the 43rd Best Remodeler in Virginia for his company, Buddy’s Homes And Additions, Inc.  And, at the same time, his other company, BHA Builders and Developers, was also named as one of the winners of the Best Builders in VA.
1989-1999: Mr. Stolze was a member of NARI (National Association of Remodelers, Inc.) and every year they rated Mr. Stolze in the Top 500 Builders in America.  His highest ranking was 74th out of the top 500.